Edinburgh is a diverse and thriving city that does not tolerate any form of Hate Crime; abuse, bullying or violent behaviour towards someone because of their age, gender, race, faith, sexual orientation or disability.

Edinburgh Council, along with their partners, have launched a campaign to combat the corrosive effect of hate crime and are encouraging people to report instances of hate crime.  The campaign “Hate Crime is No Joke – No One’s Laughing”, which takes place over a four-week period, will involve various activities including: 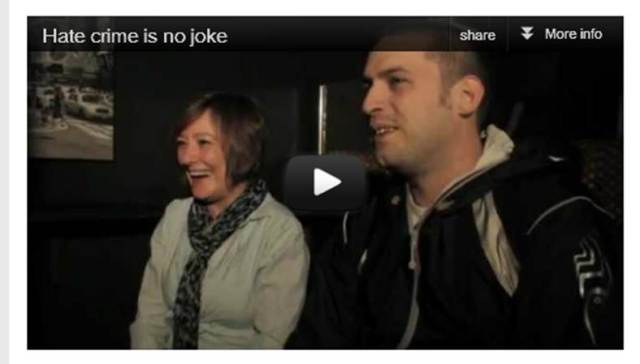 Media Students from Stevenson College have also kindly produced an advert which will run during the campaign which you can checkout on Youtube by clicking here.

Founder of 17-24-30 No to Hate Crime Campaign. I am passionate about tackling all forms of hate crime and an advocate of the #LoveNotHateCommunity
View all posts by Mark172430 →
This entry was posted in Uncategorized and tagged Edinburgh, Hate Crime, Hate Crime it's No Joke, No One's Laughing. Bookmark the permalink.