How to support the #NHCAW Thunderclaps

This year we are using https://www.thunderclap.it/ to organise three Thunderclaps to raise awareness of #NHCAW

Three Thunderclaps have been organised;

The 8th August Thunderclap has already taken place – supported by 110 people/organisation with a social reach of 231,938.

To support the next two Thunderclaps click on these links and add your support;

What is a Thunderclap?

Thunderclap is the first crow-speaking platform that helps people and organisations to be heard by a larger audience by saying something together. People use their Facebook, Twitter or Tumbler accounts to sign up and support the Thunderclaps – authorising the service to post a one-off message at the set time via their social media accounts.

For each Thunderclap to take place we need the support of 100 supporters (our minimum supporter goal), once we achieve this level of support Thunderclap will release the post at the allocated time using their profiles, enabling the message to be amplified on these social media platforms.

“Thunderclap makes going viral possible by leveraging your network to support and amplify your cause at the exact moment you want your message shared. The result? A thunderous virtual standing ovation.”

How did we set up these Thunderclaps?

This section explains the process of setting the Thunderclaps up. 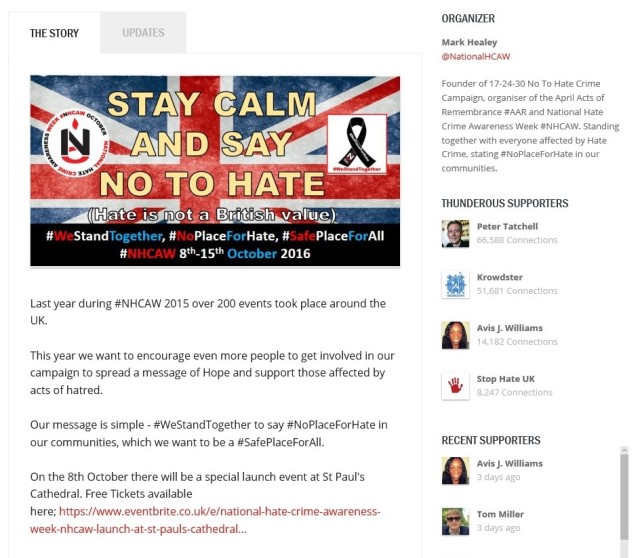 Steps to setting up a Thunderclap

b.       Who are you? Founder of 17-24-30 No To Hate Crime Campaign, organiser of the April Acts of Remembrance #AAR and National Hate Crime Awareness Week #NHCAW. Standing together with everyone affected by Hate Crime, stating #NoPlaceForHate in our communities. 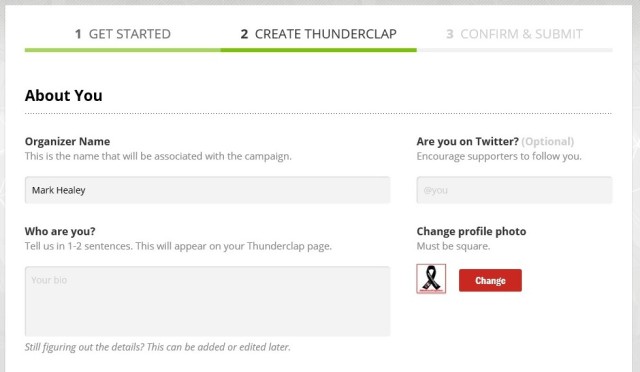 h) Edit your story; Last year during #NHCAW 2015 over 200 events took place around the UK. This year we want to encourage even more people to get involved in our campaign to spread a message of Hope and support those affected by acts of hatred. Our message is simple – #WeStandTogether to say #NoPlaceForHate in our communities, which we want to be a #SafePlaceForAll. On the 8th October there will be a special launch event at St Paul’s Cathedral. Free Tickets available here; https://www.eventbrite.co.uk/e/national-hate-crime-awareness-week-nhcaw-launch-at-st-pauls-cathedral-tickets-24876278619

i) Email; we input our email address here! 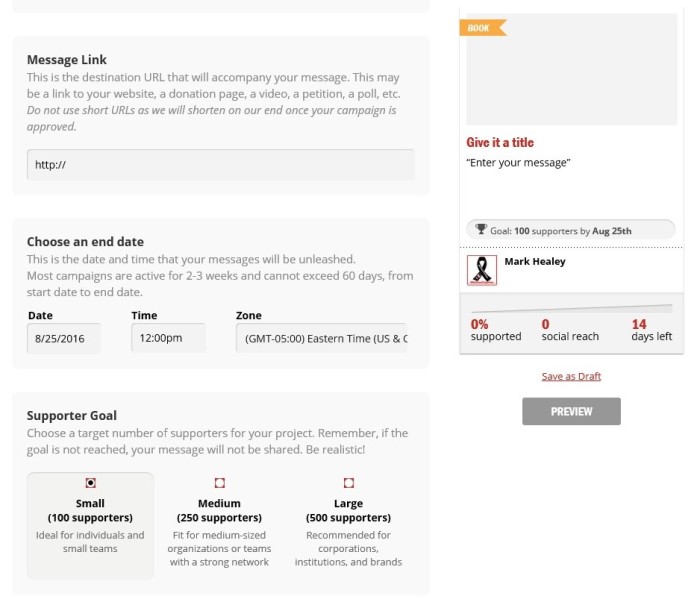 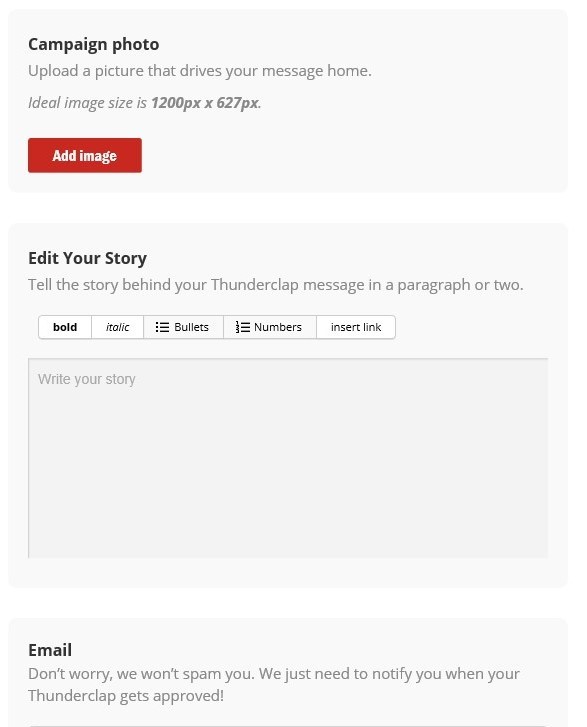 7.        Our next goal is to encourage 100 people to support this Thunderclap with their Twitter, Facebook or Tumbler accounts. As each supporter signs up their support it amplifies the Thunderclaps social reach.

So will you sign up and add your support? and help us promote National Hate Crime Awareness Week #NHCAW 2016 to thousands if not millions of people around the UK and abroad.

Founder of 17-24-30 No to Hate Crime Campaign. I am passionate about tackling all forms of hate crime and an advocate of the #LoveNotHateCommunity
View all posts by Mark172430 →
This entry was posted in Uncategorized and tagged #NHCAW, @NationalHCAW, Hate Crime, Thunderclap, Thunderclaps. Bookmark the permalink.