Welcome to the #NHCAW 2014 Archive Page.

We will be updating this page with more information about what we achieved in 2014.

Organised by 17-24-30 in partnership with Stop Hate UK

You are warmly invited to this special event at St Paul’s Cathedral on Saturday 11th October 2014 to mark the launch of the National Hate Crime Awareness Week 2014 organised by 17-24-30 No to Hate Crime Campaign in partnership with Stop Hate UK.

This short service will include:

We plan to have BSL signers available.

National Candle of Hope and Remembrance

This will be the third time the National Candle of Hope and Remembrance will be on display within St Paul’s Cathedral for the duration of the National Hate Crime Awareness Week. 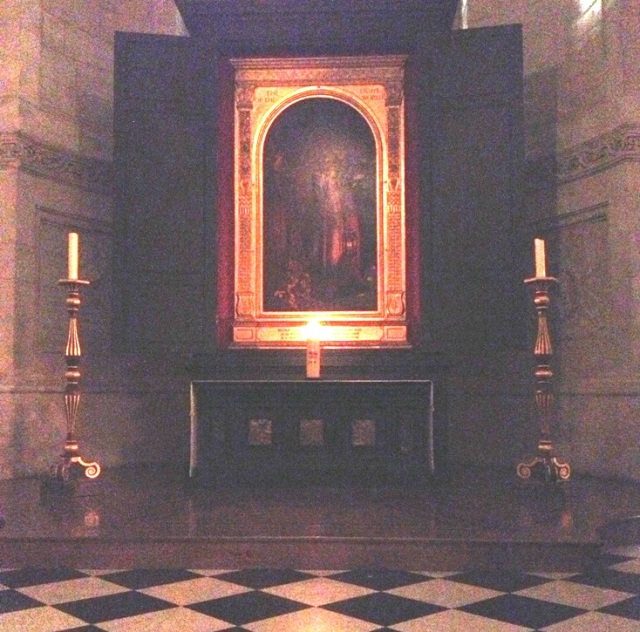 The candle will be positioned in front of The Light of the World (1853-54) painting by William Holman Hunt.

In 2013 the candle was lit by Jenny Baynham and friends, the sister of Ian Baynham who was homophobically attacked and beaten in Trafalgar Square (25 September 2009), dying 18 days later from the injuries he sustained.

This year we have invited Sylvia Lancaster, the mother of Sophie Lancaster who was subjected to a vicious mob attack along with her boyfriend Robert Maltby (11 August 2007),  she died from the injuries she sustained on the 24th August 2007. This lead to Greater Manchester Police announcing that they would officially begin to record offences committed against Goths and other alternative groups, as hate crimes, as they do with offences aimed at someone’s race, disability or sexual orientation.

The first National Hate Crime Awareness Week was organised by Mark Healey in October 2012, and is now in it’s third year. This year the week is being organised by 17-24-30 No to Hate Crime Campaign in partnership with Stop Hate UK.

The aim of the week is to provide a focus for local authorities, their partners and local community groups and organisation to organise and promote a wide range of events with the purpose of raising public awareness of hate crime whilst promoting local provision for those affected by hate crime.

Individuals can take part by helping to share information about this event and other hate crime events online through social networking and getting involved in local events which will be listed on the 17-24-30 Facebook Page and Stop Hate UK website.

The agreed objectives of National Hate Crime Awareness Week this year are to:

1) Raise as much awareness of hate crime as possible by encouraging local authorities, their partners and key stakeholders in the community to organise a wide range of awareness raising events and campaigns to promote local services and hate crime initiatives.

2) To develop a National Hate Crime Calendar to assist the promotion of hate crime events and activities within the UK. This will be located on the Stop Hate UK website.

3) To encourage and facilitate networking between those tackling hate crime within the UK and abroad.

5) To recruit a team of people to oversee plans for National Hate Crime Awareness Week 2015, to develop and promote future weeks so that they reach a much wider audience.

If you are organising a hate crime awareness event this year please let us know so we can help you promote it via our websites and social networking profiles.

We will be using the #HCAW14 hash tag this year.