Mark Healey was awarded the Edwin Shuker Upstander Award at the first National Hate Crime Awards which were held in central London on the 17th November 2016.

Mark was recognised for his voluntary work with the 17-24-30 No To Hate Crime Campaign which he founded in April 2009 to mark the 10th anniversary of the London Nail Bombs attacks on Brixton, Brick Lane and Soho.

Each year Mark organises the April Acts of Remembrance #AAR to mark the anniversaries of the attacks, to bring communities together, to remember those who lost their lives and support those affected by these acts of hatred.

In the same year Mark and others, organised the first London Vigil against Hate Crime after the death of Ian Baynham. Ian was homophobically abused and beaten in Trafalgar Square and Mark came up with the idea of holding a candle-lit vigil. Two weeks later, on the 30th October 2009 the vigil was attended by over 10,000 people and the Facebook event Mark set up to promote the event went viral and was shared over 29,000 times around the world.

Three years later, in October 2012 the London Vigil against Hate Crime evolved into National Hate Crime Awareness Week #NHCAW, which Mark continues to organise and promote through his on-going anti-hate crime work at the 17-24-30 No To Hate Crime Campaign.

Whilst accepting the award Mark took a moment to pay his respects to Andrea Dyke, John Light and Nik Moore (who were killed in the Soho bombing) and David Morely who survived the Soho bombing only to be killed five years later on the South Bank. Mark said he does the work to honour the memory of those we have lost through acts of hatred, and those who need our on-going support. His ambition is to encourage people to stand together to say that there is no place for hate in any of our communities. 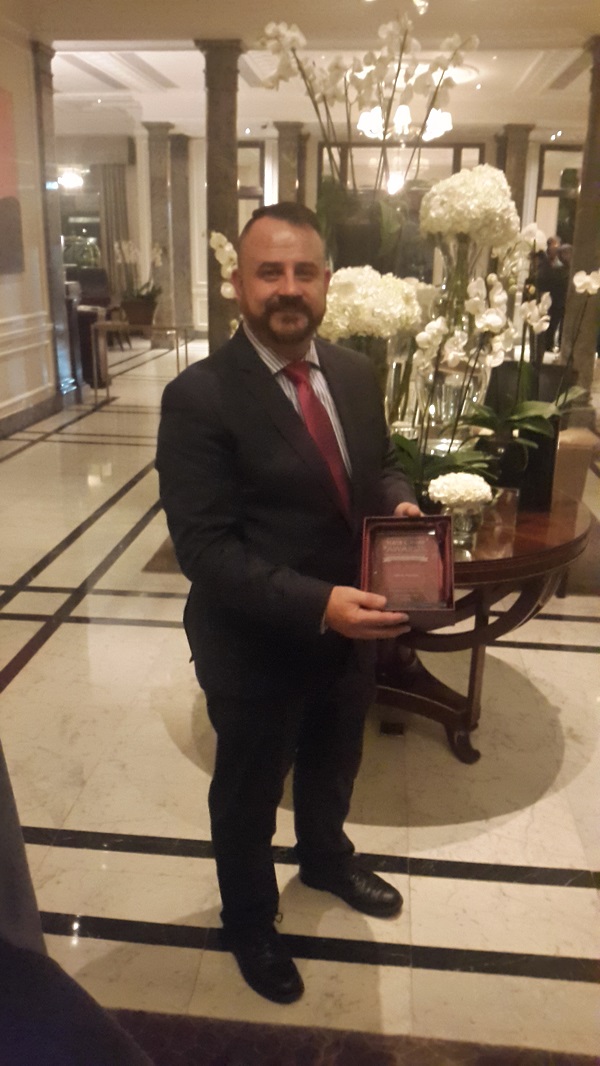